Spectrum Culture book reviews: The Origins of Political Order by Francis Fukuyama; Something to Say by Richard Klin

Posted on 9 February, 2012 by allisunknown

Book reviews: love to do ’em, but they take about 10,000x the effort of a music, film or concert review, so I don’t do them often enough. Here’s two recent ones from yours, truly.

First is Francis Fukuyama’s “The Origins of Political Order: From Prehuman Times to the French Revolution (Vol. 1)”: 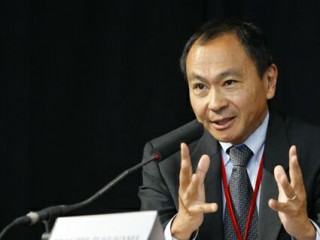 When you’re penning a two-volume series ambitiously titled The Origins of Political Order, every word counts. When it comes to the word count of political philosopher Francis Fukuyama’s newest book, it’s a rather large one, splayed out over 600 pages. Cognizant of that, perhaps it’s better to spare the extraneous; Fukuyama’s investigation concerns no less than the historical development of human social organization from tribes, bands, clans and chiefdoms through 10,000 years to kingdoms, empires and modern democracies, examining in particular the origins of three political institutions: the state itself, the rule of law and accountable government. By no means mutually inclusive, they’ve been either present or noticeably absent from every regime in history at some time or another, and throughout history the most effective states have successfully leveraged the latter two in support of itself, the first. Beginning with ancient Chinese tribalism – one of the earliest known forms of political organizations – and hopscotching eras and regions, Fukuyama makes note of where those three institutions succeeded and where they led nations (both real and de jure or only technically existent) to ruin.

Read the rest over at Spectrum Culture.

Second is Richard Klin (and photographer Lily Prince), “Something to Say: Thoughts on Art and Politics in America” 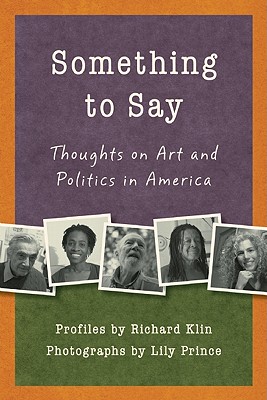 To what extent and in what proportions do art and politics converge? Should they at all? These two concepts’ messy ideological footprints (and any overlap between them) comprise the purview of Richard Klin and Lily Prince’s Something to Say, containing 15 profiles of both famous and lesser-known artists on career-long quests for a better world. Finding this intersection and thus learning what specific influences hold the most sway for each individual creator – in his or her own words, pooled among some of the most esteemed and most treasured artists of the past few decades – is the book’s aim, and in that modest goal it is largely successful. The book’s subjects, likely owing to the important issues to which they feel personally connected, weave gratifying if slightly scatterbrained (or one might use the kinder “open-ended”) tales of success and failure in their respective fields. Overall, Klin’s actual presence within the profiles is unobtrusive, almost nonexistent save for providing a contextual construct, even as the questions and descriptions he leaves behind populate the book’s pages; mostly he relays as much background as is necessary only before allowing his subjects to fill in the blanks – to tell the stories themselves, as they should be told.

And the rest? Spectrum Culture, of course.

Thanks for reading! Coming soon will be reviews of James Gleick’s The Information and a few concert/album reviews. Cheers!